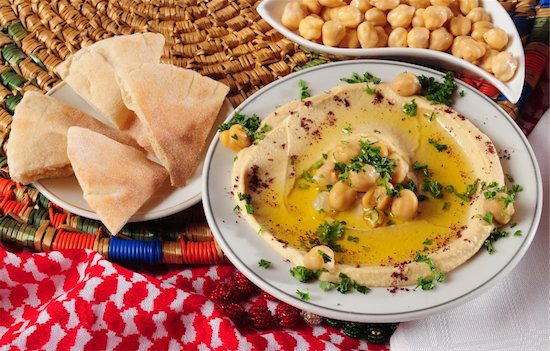 Meze – the Food of the Turkish Traveler

Meze is a word which means taste or snack, and it has special meaning in Turkish culture, where it generally refers to a number of different finger foods which can be prepared, and sometimes even used as a dinner entrée. Meze is very similar to the Spanish snack foods known as tapas, but it is generally prepared using different ingredients than the Spanish version.

There are a great many dishes which can be prepared using meze, and when it is prepared with some kind of alcohol, e.g. arak, ouzo, raki, or wine, it is often intended as a main meal. Some of the favorite appetizer versions of meze include the following:

The Prominence of Meze in Turkish Culture

In Turkish history, meze was traditionally referred to as ‘the food for a traveler‘, because it was always taken along for short outings like picnics, or for longer pilgrimages and journeys of more than a few days. Nowadays, the popularity of meze has grown so great that it’s nearly always present on Turkish tables, especially at meyhane gatherings, which are celebrations around the table with a number of family and friends present. Since practically everyone in Turkey loves snacking on meze appetizers, it’s rarely absent from dinner tables in general and is always an appreciated menu item.

Turkish Meze is not meant to be a full meal, rather simply an appetizer to snack on before a meal.

How Meze is Consumed

Despite the fact that there is generally a large quantity of meze prepared for big family gatherings, it is considered less than polite to simply load up one’s plate or tray with as much meze as it can hold. The preferred approach and the more accepted one is to carefully choose the items of interest from what is being served, and then take only a spoonful of each.

It is necessary to show discretion and control when consuming meze, and it is even advisable to be sure that everyone else has their portion of meze before you begin consuming your own. The universal perception of the role of meze in Turkish meal preparation is that it’s meant to be a tasty treat enjoyed right along with your favorite beverage. This allows for the creation of some very interesting taste sensations in your mouth.

It is by no means intended to fill your stomach, and make you feel as though you have just eaten a very large meal. That is why it is considered proper to merely sample the meze with a small spoon, or using the tip of your fork, for more solid forms of meze.

As you enjoy your meze, it is acceptable to alternate bites of the tasty appetizer with raki or water, but again this must not be done to excess. A sip of raki is fine, but gulping is frowned upon. This approach is considered the most favorable for engaging in meaningful and enjoyable conversation among all table participants. If asked, most Turkish people would confirm that the conversation and the interaction between loved ones is the primary point of the gathering, with any delicious meze prepared for the event being a secondary consideration.

Ingredients to Put in Your Meze

There is an enormous variety of ingredients which can be used to prepare your own version of meze, and many Turkish families take full advantage of this opportunity by creating their own favorite recipes. This is even truer because of the regional differences in preparing meze, with certain variations being very popular in the western part of the country, just as other variations are more prevalent on the eastern side.

All this notwithstanding, some of the most popular ingredients to include in meze are roasted salty chickpeas, pickles, fatty white cheese, cabbage leaves or grape leaves which have been wrapped and braised in olive oil, the drained yogurt and mint spread known as haydari, fish eggs combined with lemon and olive oil, salty marinated bonito, crispy green salads, marinated fish, octopus salad, shrimp boiled in olive oil, wild sautéed greens, navy beans braised in olive oil with tomato sauce, and fava beans which have been braised with olive oil.

Most of the dishes listed above can be found in major cities like Istanbul, but the reason you’ll find many different variations around the country is that produce has different availability in each section of Turkey.

There are a few guiding principles which should be observed in the preparation of meze. It is considered best to prepare your meze so that it contains a balance of salt, fats, and acid since this will keep your stomach quiet if you happen to be imbibing raki along with your meze. It is advisable to include some kind of spread, a little crunchiness, and a little leafiness in whatever your meze appetizer is.

Any of these dish combinations is absolutely perfect at meyhane, when loved ones gather. In this delightful setting, there should be no discussion of business or politics, but instead, everyone should enjoy simple conversation about days gone by, cherished memories, and the most beloved meze dishes.