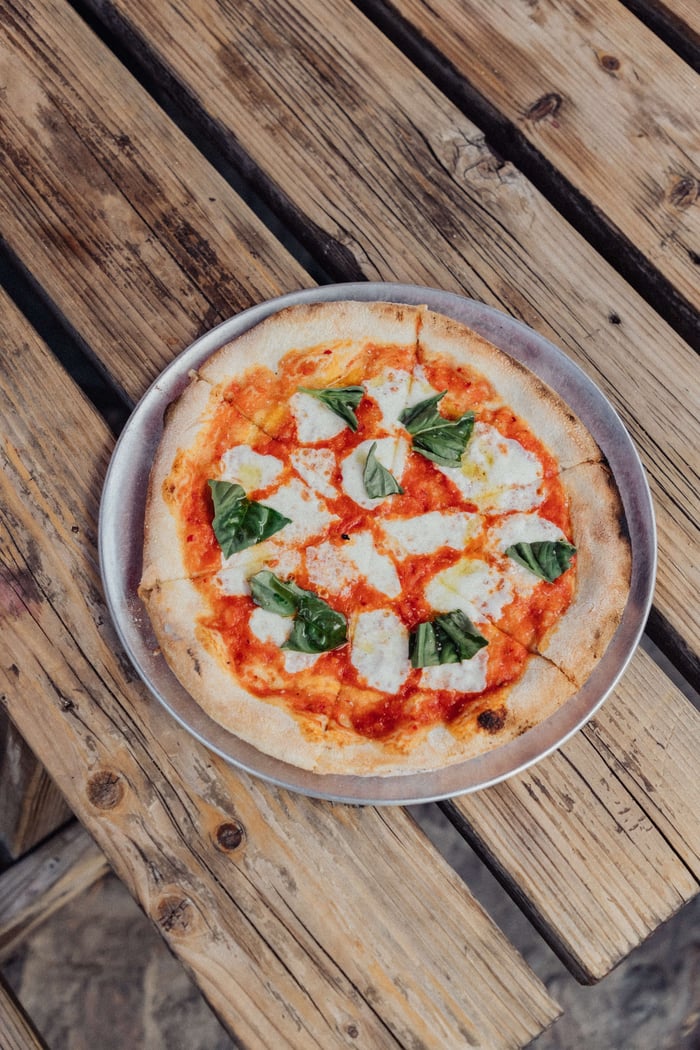 Naples and Pizza: The Story Behind Neapolitan Pizza

Pizza as the world knows it today has its roots in the Italian city of Naples. Neapolitan Pizza, while now strictly governed for quality and topping standards by the VPN, or the Associazione Vera Pizza Napoletana, has inspired numerous interpretations and stylistic variations that can be enjoyed in nearly every nation of the world today. But the history of this delicious dish is even tastier than one might expect. It’s a story of colonial exchange and culinary innovation.

Humble Origins and the Age of Imperialism

The poor classes of Naples were the first to eat pizza in the 18th century. While flatbread was a known commodity, the tomatoes brought to Europe from Peru by explorers were thought to be poisonous. That is, until poor mariners and other tradesmen began topping their flatbread with the imported fruits. Locals and tourists alike enjoyed the “Pizza Marinara”, which had no cheese, commonly made by the wives of fishermen.

A baker created the first pizza we would recognize today. In 1889, Raffaele Esposito created the Pizza Margherita for Queen Margherita of Savoy. He topped it with fresh tomatoes, mozzarella, and basil to mirror the Italian flag, in a variation of the popular local fare that is now known as Neapolitan Pizza. But while there are many Neapolitan-style pizzas in the world, the authentic pie has strict standards that must be met.

From the type of flour used to create the dough to how it is prepared, what ingredients are permitted, and the type of oven used, the VPN regulates who is permitted to call their pizza “Neapolitan”. It’s worth considering, however, that many Neapolitan-style products could bear the authentic name, if the bakers had registered their pies with the council.

To begin, the dough must be made with 0 or 00 flour, both of which are intensely refined wheat flours found in the Naples region. Only fresh brewer’s yeast may be used as a rising agent. The resulting dough must then be kneaded by hand or gently with a mechanical mixer. Once risen, the dough cannot be rolled out, but must be shaped by hand, and topped with fresh basil, mozzarella or buffalo mozzarella and raw, pureed San Marzano tomatoes.

The next step of baking has largely been eschewed by modern pizzerias in many countries. Authentic Neapolitan pizza is baked for no more than 90 seconds in a wood fired brick oven reaching approximately 800 degrees Fahrenheit. Modern mechanisms, and even traditional convection ovens cannot attain the necessary temperature used to create the signature texture and flavor of this pizza. Because using such an oven requires skill and knowledge—elevating pizza making to an art form—they are seldom used in modern restaurants outside of Italy.

However, enterprising chefs have made using and understanding the finer techniques of the wood fired brick oven a part of their craft, creating delicious Neapolitan-style pizzas that adhere quite closely to the original standards. Difficulty in acquiring fresh yeast and San Marzano tomatoes hasn’t slowed these chefs down. Rather, they’ve created a new market for the delicious flavor of a crisp, thin crust baked in the traditional manner. New and additional toppings are also broadening the appeal for such artisan pizza, creating customer demand for the unique dining experience.

While homeowners may not be able to build an oven that attains the 800-degree temperatures needed for the ultimate variation in their back yards, a close approximation can be had with lower-temperature outdoor ovens. Additional equipment required for such a foray into Neapolitan pizza-making include a long-handled pizza board, a slab for kneading and forming the dough, and a good recipe, all of which can be purchased or located online. The aspects to keep firmly in mind are that the ingredients be fresh, the dough be processed with limited energy—don’t over-knead it or it will be tough—and the oven be fueled with wood or natural charcoal.

Wood fueled ovens don’t heat in the same way that convection ovens or gas grills do. Rather, there are hot spots and cooler areas that will create differences in the bread—bubbles, charring, and even under-baking. The trick is to learn where a specific oven’s hot and cool regions are most likely to be, and how to manipulate the fuel in the chamber beneath the baking dome to affect the desired results.

While that may seem like a tall order, consider that at the time Neapolitan pizza was invented, all bread was baked in such ovens. It was not a question of learning an entirely new skill, but of building upon a collection of established recipes and baking methods. Enjoying the delicious flavor and texture of Neapolitan pizza need not require a trip to Italy, but it’s acknowledged that no other pizza anywhere else tastes quite like one served there.